If you are a crafter, sewer, knitter you have heard of Columbia Minerva as  you roam through the yarn and thread isles at a craft store. They were  early PupStylers and didn’t even know it! 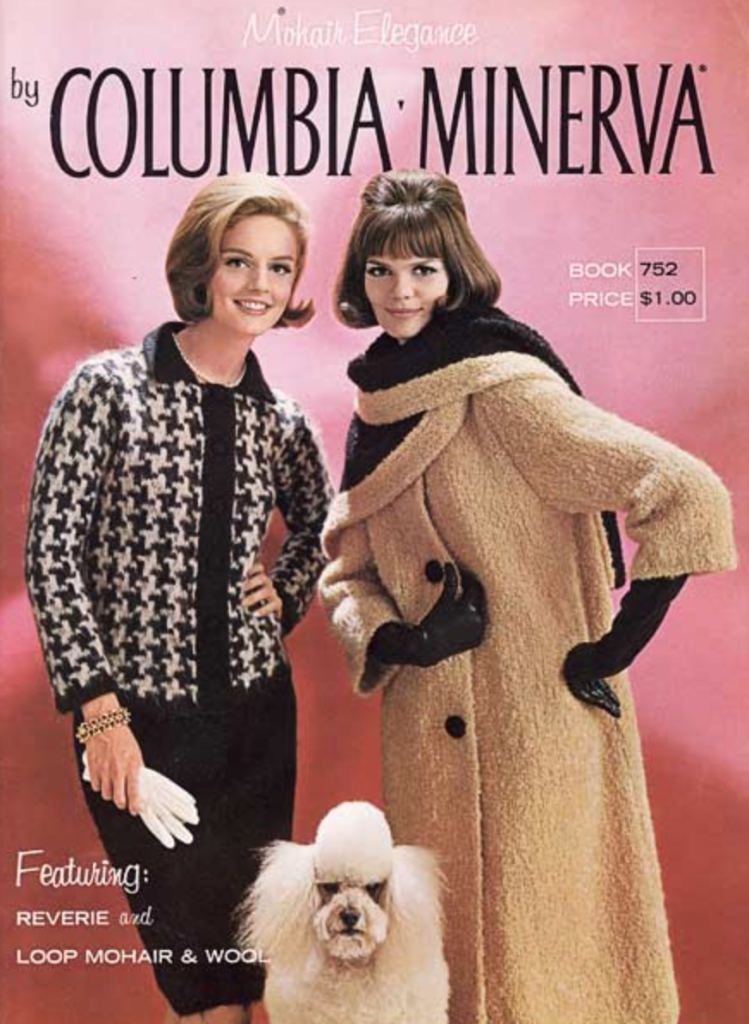 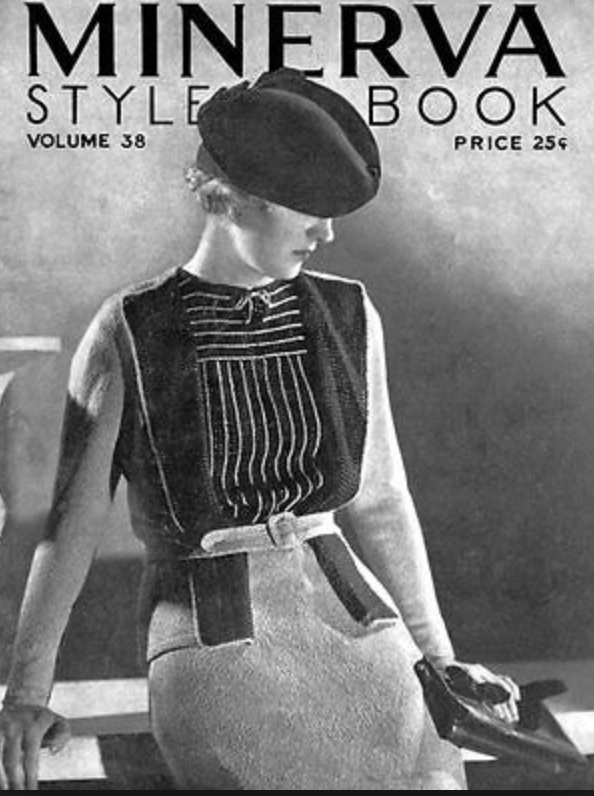 Minerva understood the value of incorporating dogs in advertising and marketing to sell fashion. If a pretty model is holding a cute Maltese near here face, the dog just makes the model even more beautiful and harder to forget the brand. Right on Minerva!

Nothing barks PupStyle louder than chic winter gloves with dog in the palms of your hands. Walking your dog in style just got warmer thanks to TalkingGloves in Istanbul, Turkey. They hand craft these sassy accessories  from a soft lambswool blend making them soft and toasty. 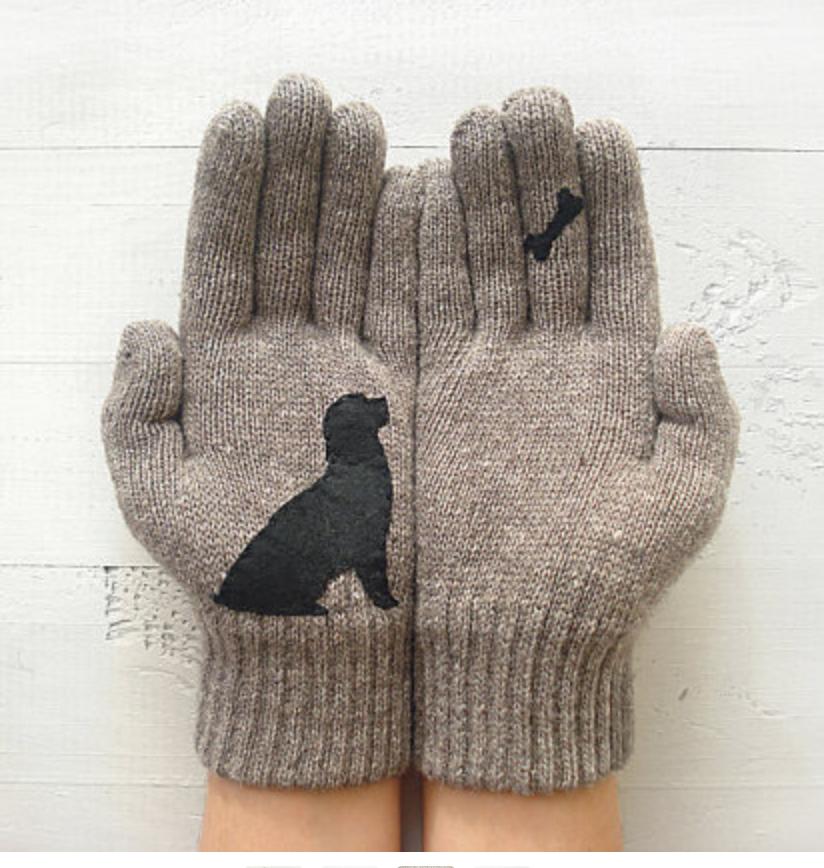 Most of the designs are unisex in style and color and both kids and adults love them. They make a great holiday gift and fashion piece. The minimalist dog shapes keep them looking clean and modern. 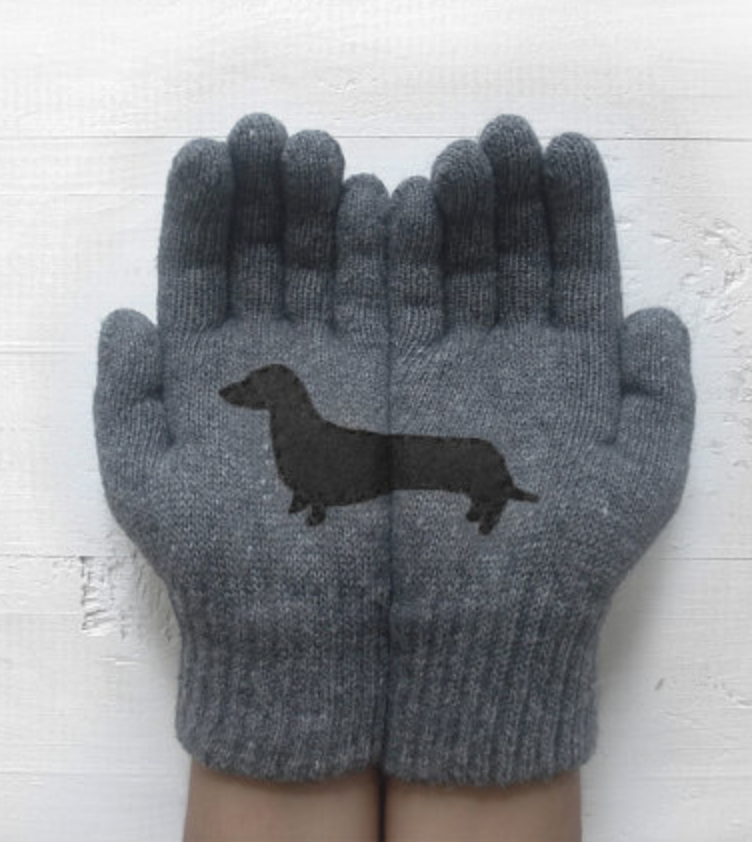 Pair these with a plaid or checked scarf and your favorite torn jeans and leather boots for a perfect fall/winter look!  They also offer cat versions for the feline lovers out there so it’s easy one stop gift shopping.

The fingerless gloves are ideal for  the multi tasking dog walker. You can keep a tight grip on the leash, easily pull out pick-up bags from your pocket and answer texts all while flawlessly drinking a latte.

A really special gift at $36 plus shipping and handling. 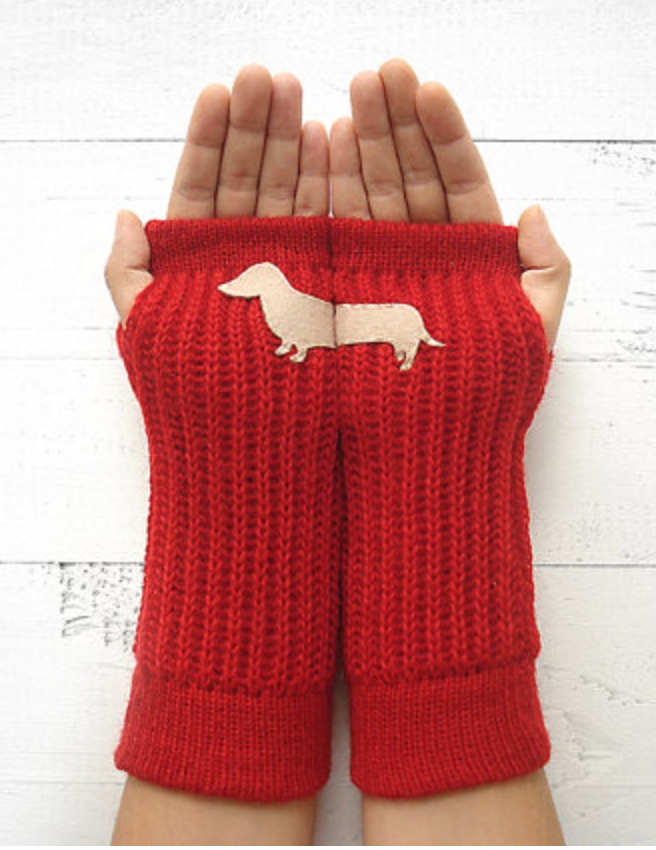 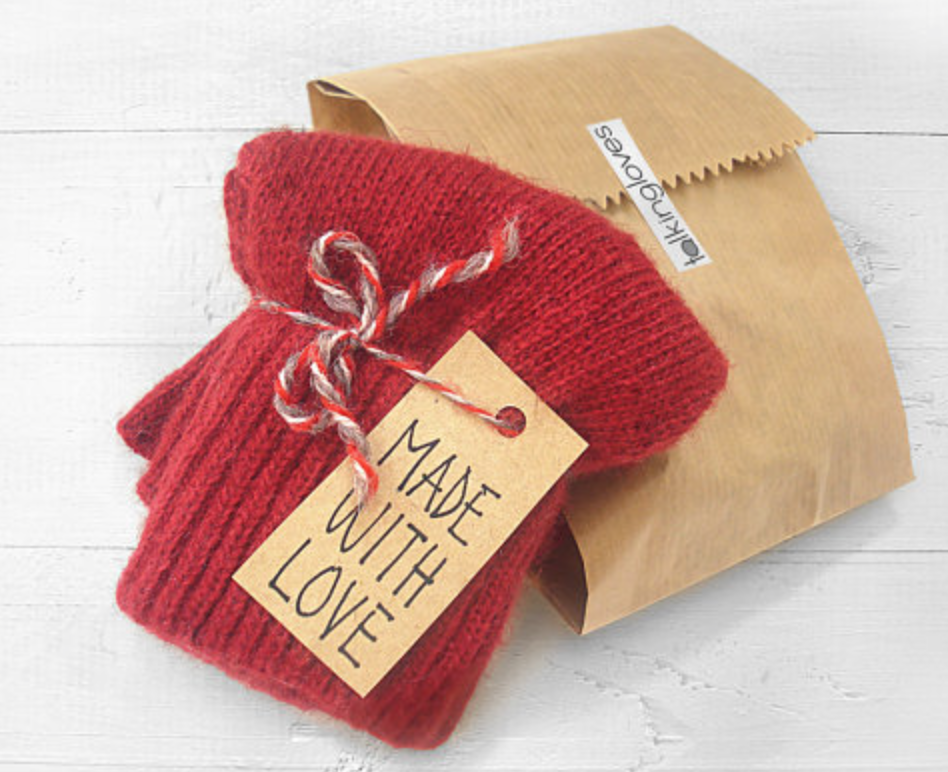 Halloween is by far one our favorite holidays at PupStyle.com.  In my family we have a yearly tradition of carving pumpkins.  Every year I like to change it up so this year,  I was inspired by my Chiweenie Sophie!

I can’t resist her adorable face and hey why not put her face on a pumpkin? Here are the steps I took to create my Sophie Pumpkin!

After looking into some different websites, I then found a printable weenie dog pumpkin carving that also came with directions! http://www.ilovedachshunds.org/free-dachshund-pumpkin-carving-stencil-pattern/

I then followed the directions and wala! My Sophie pumpkin is complete! 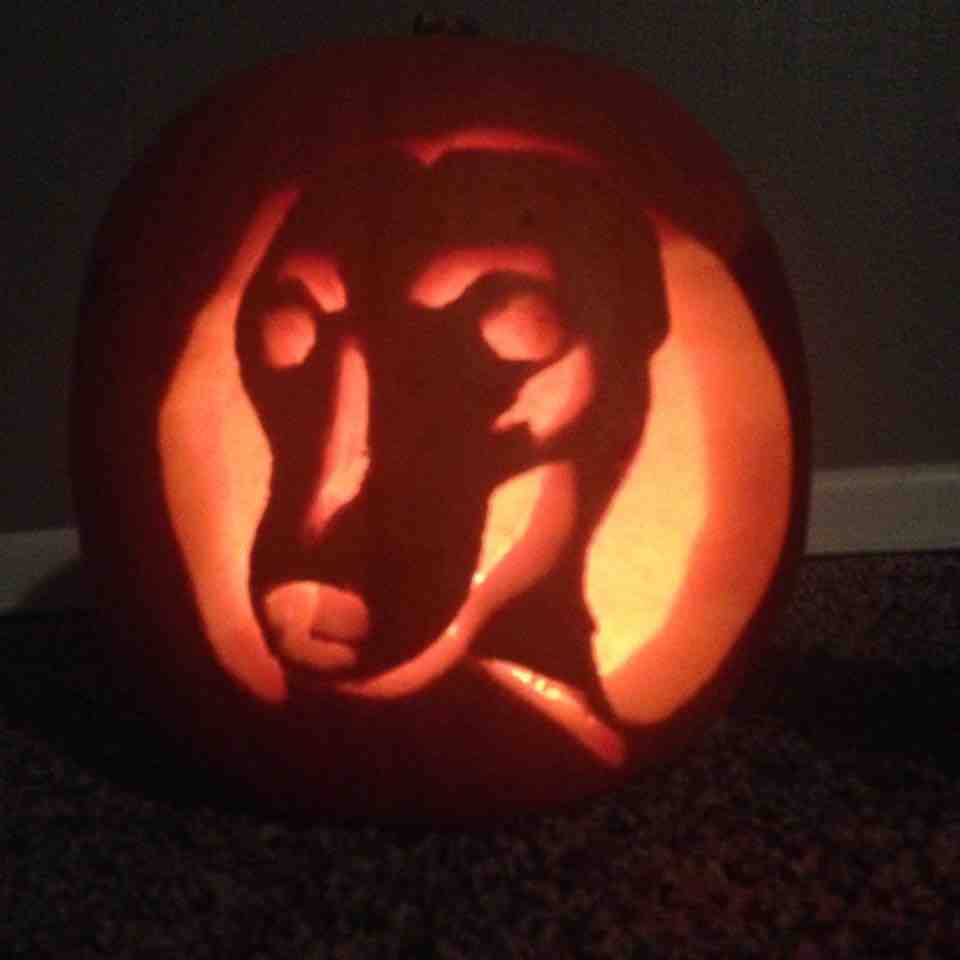 KickStarter is quickly becoming a treasure trove of pet product innovation.  You can find passionate entrepreneurs looking to fund everything from high-tech pet fitness gadgets to modern dog houses. The Kool Dog House is one of the most artistic and functional dog dens I’ve seen in a while.   It actually sooooo COOOOL that it was chosen as a Kickstarter Staff Pick. 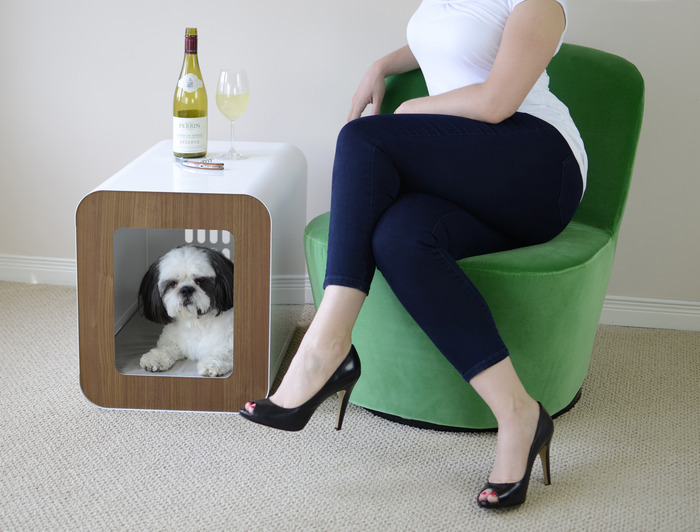 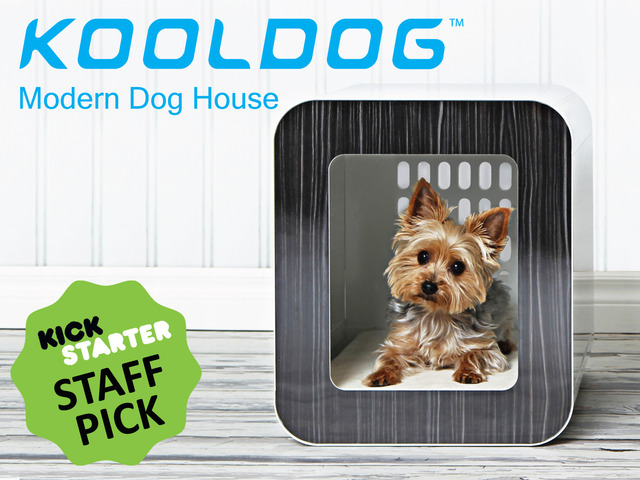 This baby is built to last from sleek design to it’s metal construction and the super fabric by Crypton they use on their washable slip covers.  The designer Ki Park has really given through thought to every design feature of this den.  It’s simply beautiful and is home furnishing accessory for both YOU and your PET.

I look forward to watching this awesome design come to market!  Keep your eye on this brand gang!

Etsy.com is one of our fav go-to sources for unique all things pet related.  The pet theme home Furnishing trend is growing by leaps and bounds.  You can find everything from dog salt & pepper shakers to decorative mod dog throw pillows for your home. 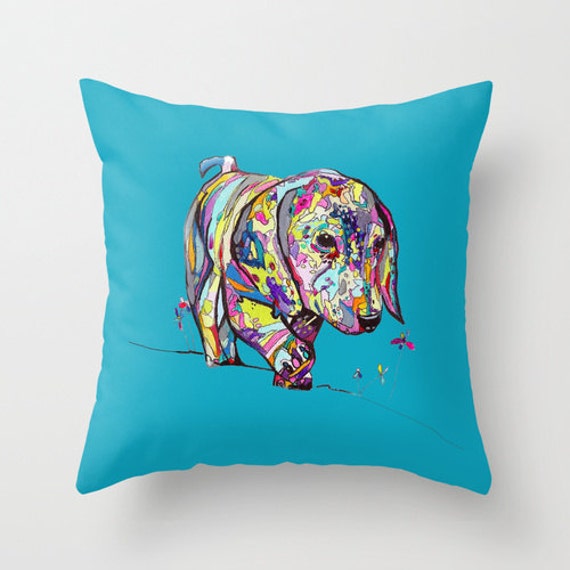 The Artwerks shop on Etsy.com created these super kewl mod, painted dog pillows. If you are looking for bold color look no further. They come in a variety of background colors ranging from Orange, blue, pink, purple and more $39.99. 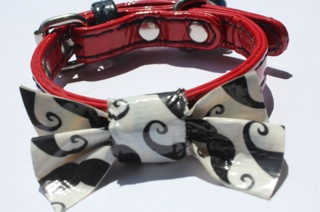 Step one: Select any duct tape you like but prints are really trendy especially all things with mustaches. 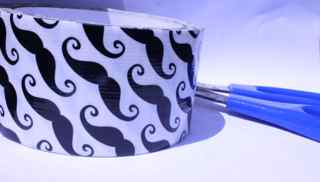 Step two: Cut a piece of length suitable for the size of your dog. We made ours extra small to fit Mr. Bernard our resident Chihuahua in charge. 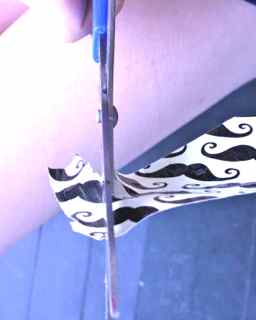 Step 3: Fold the strip you cut in half. 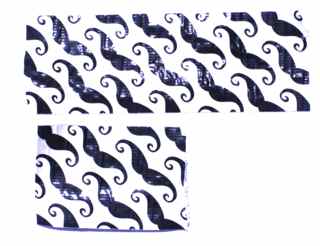 Step 4: Pinch the piece you folded in half to look like a bow tie or similar to fan folding.

Step 5: Cut a small strip of tape and fold it in half to create a loop to secure the bow tie to the dog collar. 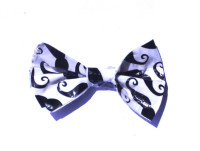 PupStylish flickr Pic of the Moment
new dresses and pets modelled by Lucy and Davey
photograph by :Bellgirl

We can’t resist a find like this unique set of handmade dolls from Etsy.com.

These alien looking girls are carefully doing a balancing act with each step by sporting nothing but the sassiest high-heesl and boots while walking on the rocks.

Very PupStyle to sport a short, dress , heels and walk your dog on big rocks at the same time.

This is PupStyle living! Rock on Sister!!!

for more Pupstylish peeks into the Dog fashion Zeitgeist!

Tibetan Mastiff puppy ‘Hong Dong’ (no relation to Long Duck) was recently purchased by a Chinese coal magnate for a whopping 10 million yuan (about $1.5 million USD). We got word of this prodigious puppy purchase from our new buddies down-under at Poochmag.

This mega-gigantic fluff-ball is only 11 months old and already 3 feet tall at the shoulder and over 180 pounds. Wowzers! The Tibetan Mastiff is one of the world’s oldest and rarest breeds – said to have been kept by Genghis Khan and Lord Budhha. 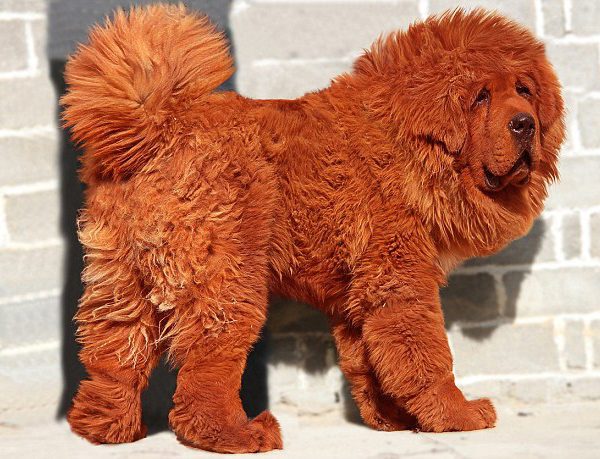 China’s “new rich” have fallen in love with these living, breathing & slobbering status symbols and helped push the prices for purebred puppies into the millions. The previous “most expensive dog” title holder was another Tibetan Mastiff named Yangtze River Number Two purchased for a paltry $500,000 USD in 2009. To make up for the embarrassingly low price tag the owner picked up Yangtze River Number Two in a 30 car motorcade when he was driven home (sigh – 50 cars would have been nicer but 30 will do….)

Hong Dong will have a busy schedule ahead of him with breeders paying upwards of $16,000 USD for a “date with the Donger”.

In unrelated news Max-a-million the “Bionic Dog” is crestfallen after his title as “the million dollar dog” has been made irrelevant.