It’s back-to-school time and teachers will no doubt be asking kids “what do you want to be when you grow up?”.  Scholastic Books will be publishing the 5th book in the popular PupStye book series by Dara Foster in fall of 2017. The new book is loaded with 15 freaky cute dogs styled as different career characters to inspire kids about what they can be when they grow up!

Did you ever wonder what a New York City fashion photo shoot looks like for dogs? Check out some of the behind the scenes shots as Dara and her team work to snag the perfect pictures. 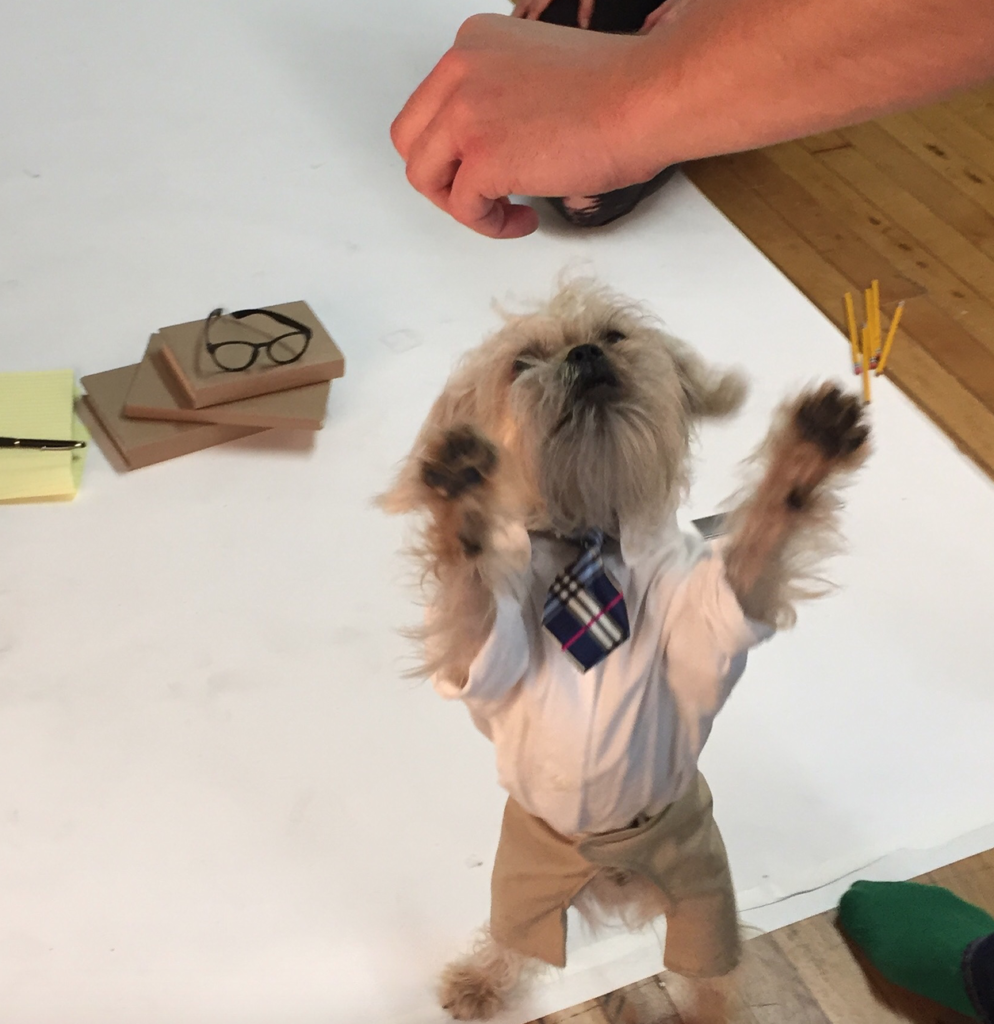 “Captain” a one year old Brussels Griffon working the set as the “Author”. 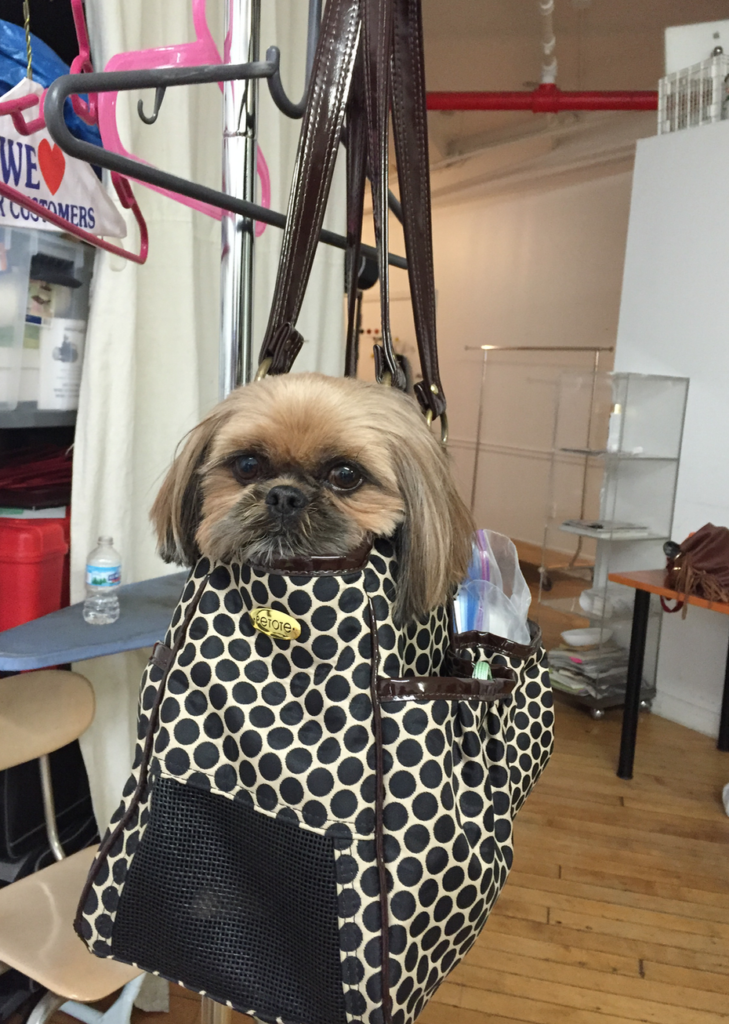 “Snarf” just hanging out while waiting for his clothes to be steamed and styled. 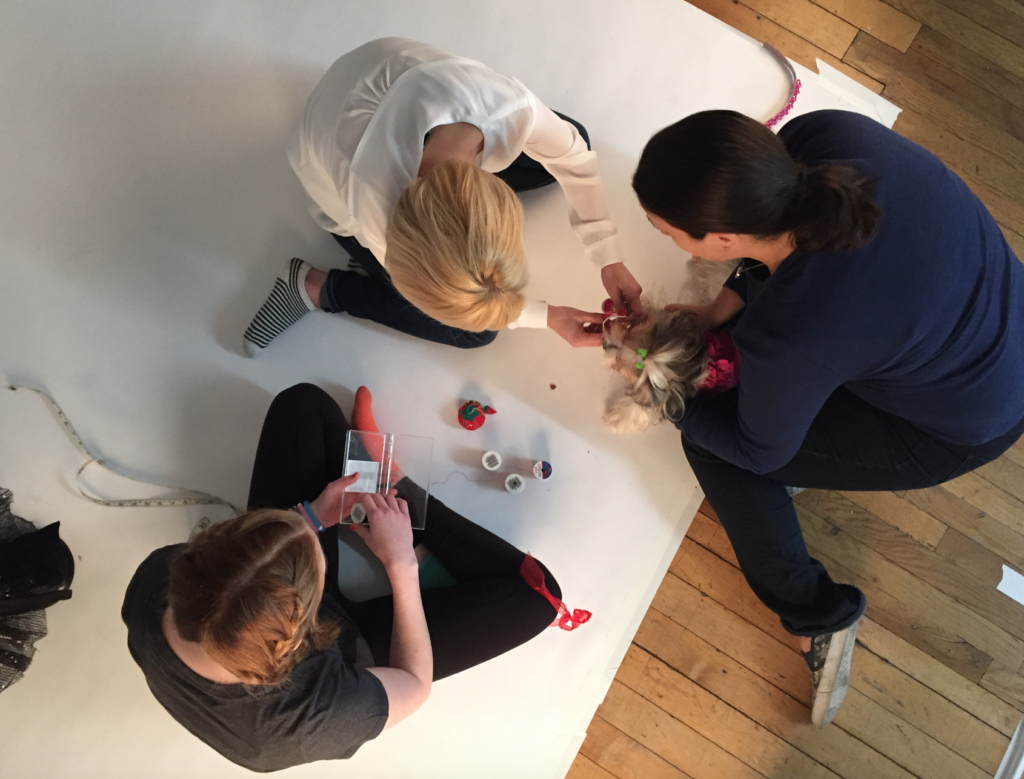 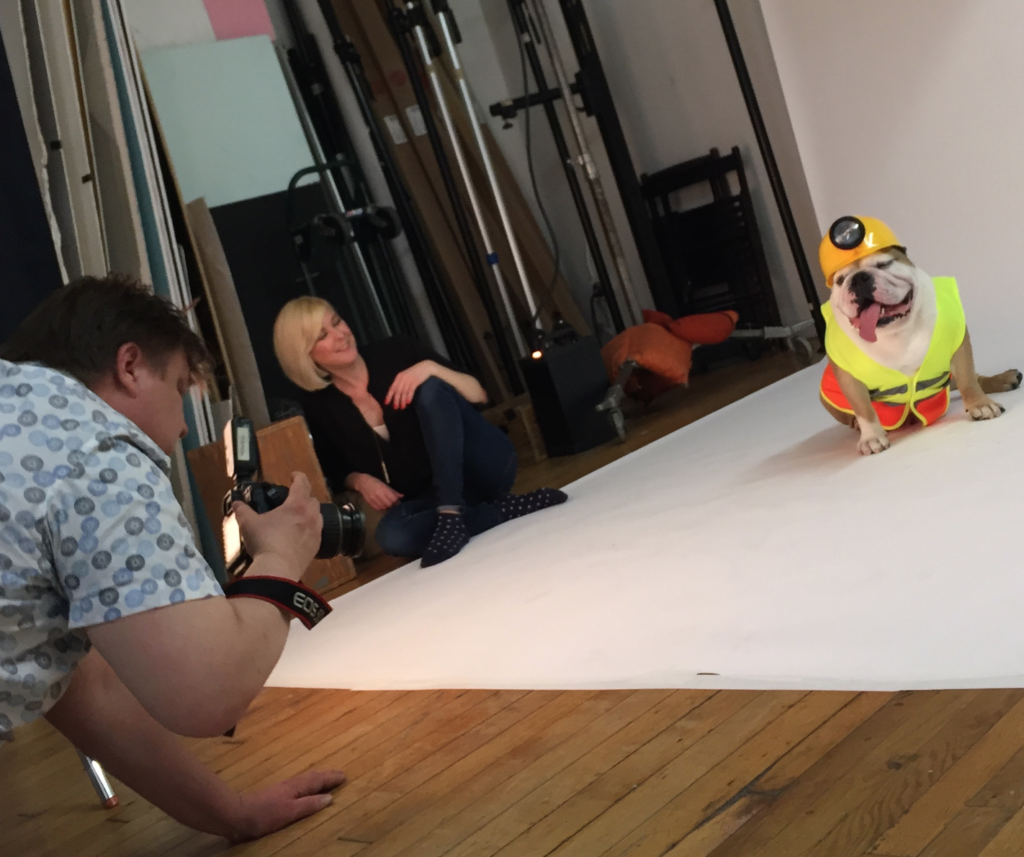 The ultra famous “Baby Howard” the Bulldog plopped down on set and never moved just like a total pro. The team captured this shot in only 15 mins – way to go super photographer, Mats Rudels!

Clothes, shoes and accessories for the book provided by the amazing Melissa Gampel from her on-line store, DoggieCoutureShop.com. Thanks to her huge selection of everything from red Mary Jane dog shoes to neck ties there were enough size options to make the styling a snap! Thank you Melissa!! 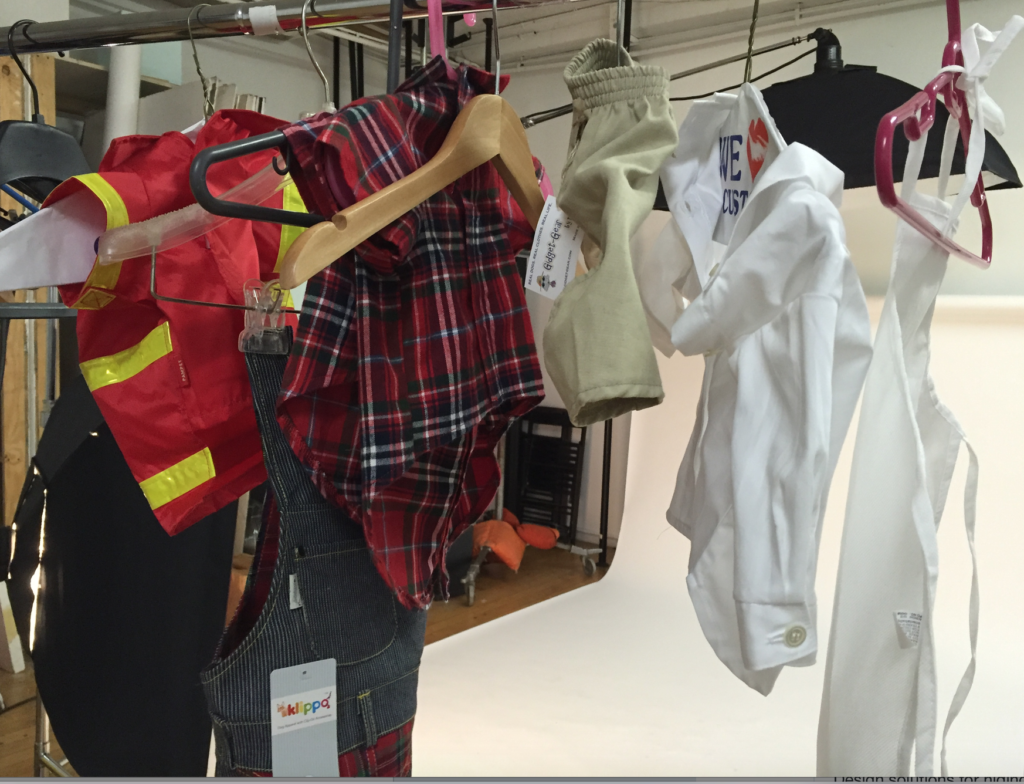 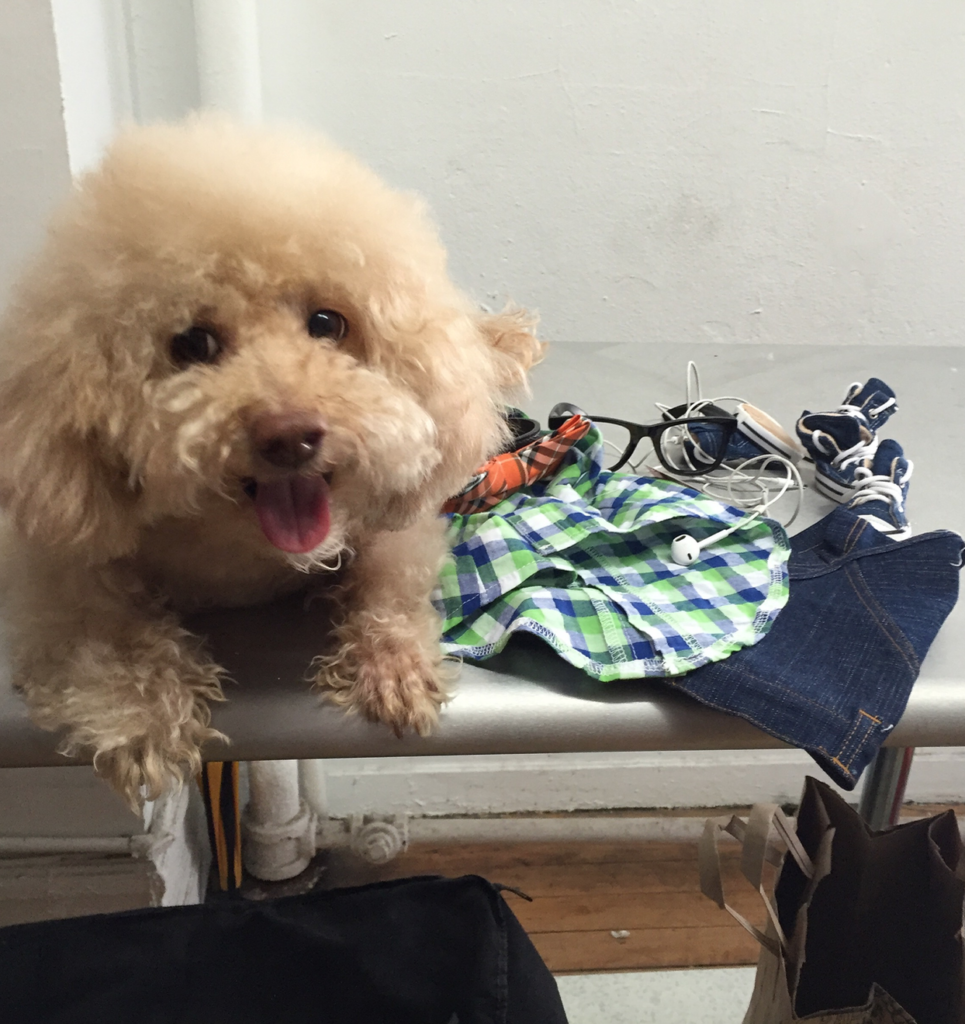 Bee Bee modeling the “tech” look just chilling out waiting to be dressed. He even wore the classic black eye glasses and balanced them on his nose like he wears them every day. 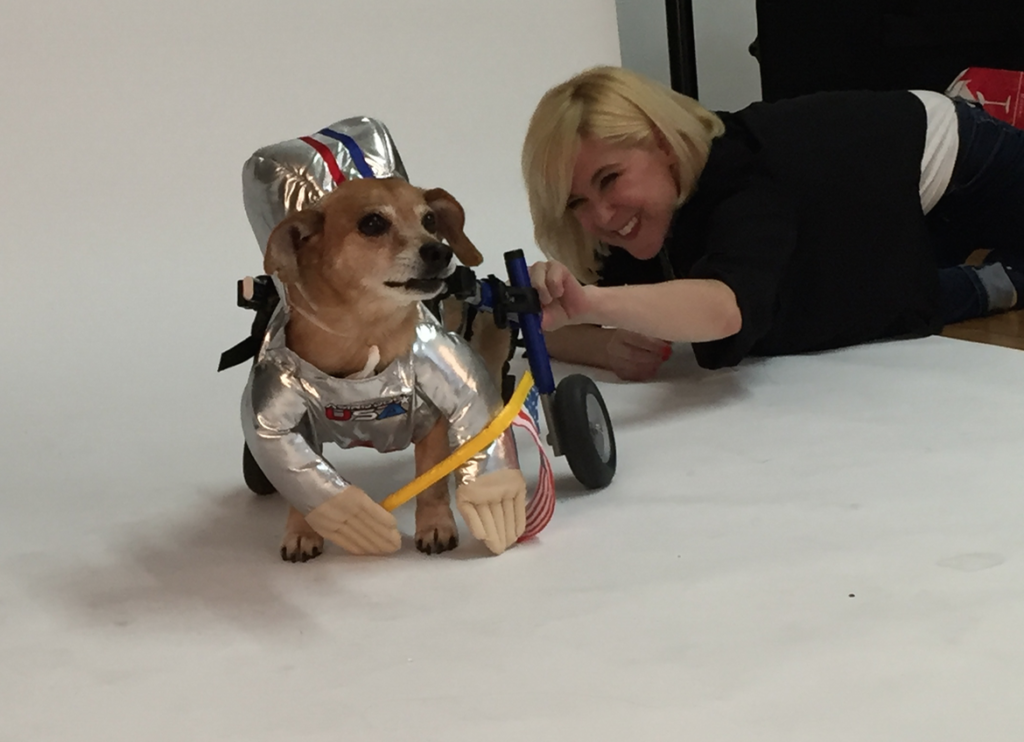 New York City’s most famous wheelchair dog “Oscar Madison” as the Astronaut. This is his second time modeling for PupStyle book. You can see him styled as the “rocket dog” in the PupStyle Sticker book. He’s so fast on his wheels that he might blast off into outer space! 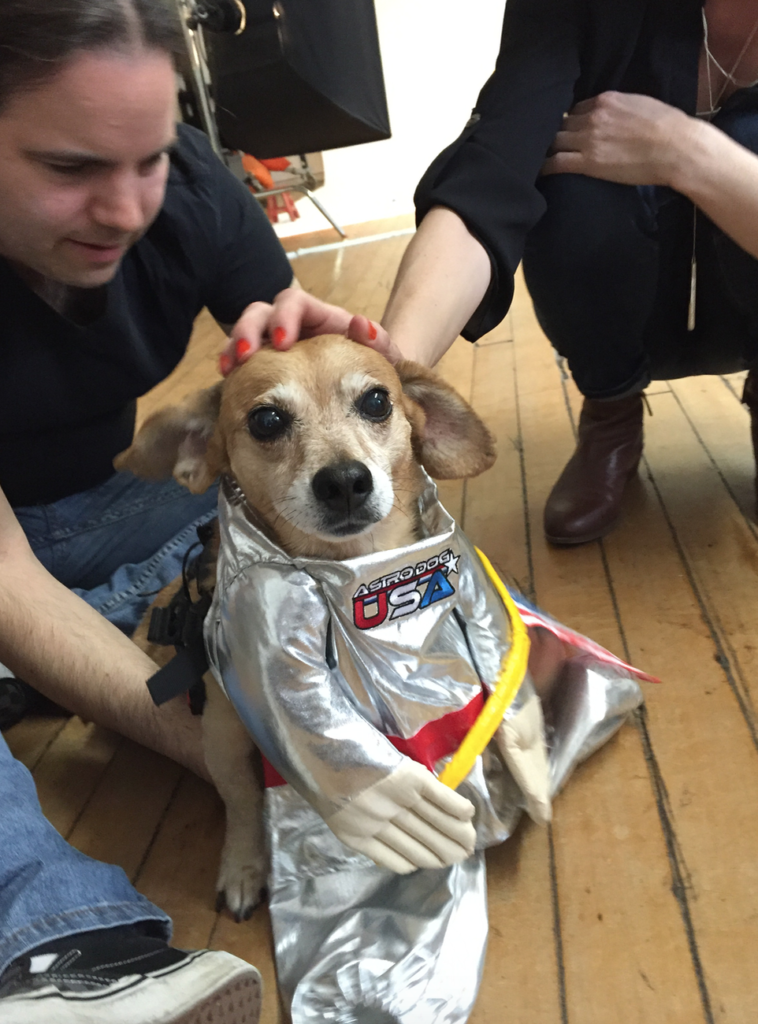